The persistency the uncle used in seeking for the burial permit of the deceased and his immediate notification of the death of the deceased to the insurance claim managers is a manifestation of a well-planned plot in the demise of Eric Makau Musyoka… It was a Mafia like plot.” 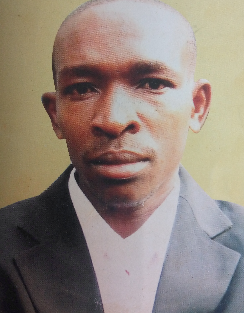 Eric Makau Musyoka was murdered by his nephew to benefit from Sh9 million insurance compensation.

Evans Masaku Kasyoki murdered his nephew Eric Makau Musyoka in March 2014 to benefit from his two life insurance policies taken through Jubilee Insurance and AIG, according to investigations by the Kenya Police Service and a private security company.

The murder of the young man, a barber, but who had managed to take two life policies worth Sh1 million and Sh8 million respectively, is just a pointer to the level of fraud perpetrated against insurance companies, but also a tip to would-be victims of murder by relatives out to benefit from insurance claims.

However, the uncle either became smarter to end the nephew’s life to benefit from the whole Sh9 million claim or maybe the plan to hurt resulted in a fatal blow. The victim, Musyoka, 28, was an ambitious young man who had a stint as an insurance agent, a job that may have opened his eyes to the opportunities of quick riches through fraud.

He had lost his mother several years ago leaving his father to take care of their Mbooni home in Makueni County. For reasons not known yet, after the death of his mother, he severed links with his father, and become “very” close to his uncle, Kasyoki, 32.

Further investigations by a private investigator indicate that Kasyoki, who has never been arrested for the murder, was a seasoned businessman. But towards the period of his alleged committing the crime murder, he had sold part of his valuation business.

He had also sold his family car and relocated his family from Nairobi, clear signs of financial distress. The victim, Musyoka, did not have a stable income. From trying insurance agents’ sales job, he had ended up as a barber in Pipeline Estate.

Phone records indicate that on the day he was murdered, 15th March 2014, the last person the victim spoke to was his uncle. A report by the District Criminal Investigation Officer for Kangundo notes that the postmortem report revealed that the victim was beaten to death with a blunt object.

After his murder, the uncle approached the victim’s father and asked him if he could get a death permit on behalf of the family. Asked why by the father, he said he had guaranteed the victim a loan with the Chase Bank. This statement was found to be false by the investigators.

But he still went ahead and took the death certificate, a fake one, with the father succeeding in taking the genuine one a month later. It also emerged that earlier, the victim in collusion with his suspected uncle had been paid an amount of several hundred thousand after an alleged ‘accident’ where he was ‘significantly hurt’.

Then after the murder, the uncle went to claim the surrender value of the two policies. What triggered suspicion and investigations is that in one claim to AIG, the principal beneficiary had bought the cover only two days before he died.

After a forensic audit of the handwriting used to fill the two insurance policies, it was discovered by the Directorate of Criminal Investigations (DCI) that the handwriting belonged to the victim’s uncle, indicating this was an outright pre-meditated crime.

A briefing to the Director of Criminal Investigations by the investigating officer notes; “The persistency at the uncle used in seeking for the burial permit of the deceased and his immediate notification of the death of the deceased to the insurance claim managers is a manifestation of a well-planned plot in the demise of Eric Makau Musyoka… It was a Mafia like plot.” Investigations by multiple agencies led to the same conclusion. The Sh9 million that the uncle was to benefit from did not happen. He was arrested earlier this year. 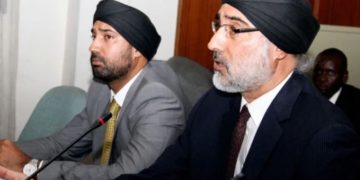 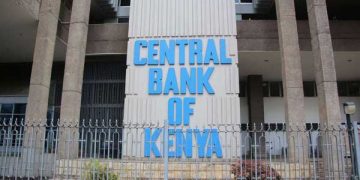 Uhuru’s economics; what we know