by Financial Day
in Money, News, The Farm, The Nation
3 min read 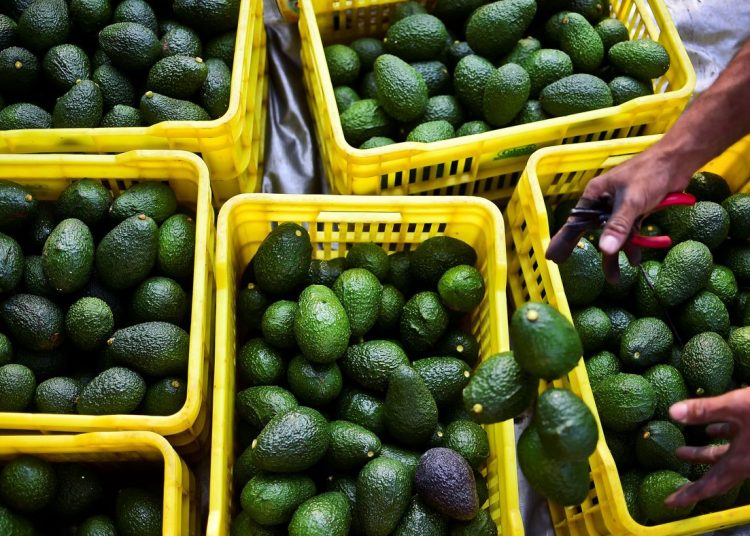 The Kenya Trade Network Agency (KenTrade) has announced plans to simplify trade procedures for Avocado and Fish in the current financial year 21/22 in a bid to lower administrative burden costs for traders.

Speaking to a Nigerian delegation who visited KenTrade head offices in Nairobi on a benchmarking exercise, KenTrade Director, Trade Facilitation David Ngarama said, the move is aimed at reducing the time and cost of trade for the two commodities.

Avocado on the other hand has been a major contributor to the earnings in the horticulture sector. Last  Year, Kenya topped Africa’s avocado exports and was among the world’s top 10 producers. Avocado farmers earned Ksh14.48 billion between January to November 2021.

KenTrade is in partnership with GIZ in this simplification exercise.

KenTrade has been able to map out procedures for ninety-five (95) commodities, which include all procedures of export, import and transit on the trade information portal, dubbed InfoTradeKenya Portal.

“Upon mapping the procedures, the team started simplification of trade procedures in 2018. To date,  procedures for export of coffee, tea, meat & meat products, flowers, nuts & oils, and cotton have been  simplified, reducing cost and time for a first-time trader, with simplification of avocado and fish ongoing  in the current financial year,” he added.

The simplification process has reduced the administrative and cost burden incurred by businesses, more specifically in the registration procedure from Ksh40,197.35 (USD 402) to Ksh15,287.29 (USD 153) thus saving businesses a total of Ksh24,910.06(USD 250), approximately 62 percent of the total cost.

Read: Uhuru says deal with Trump will not undermine Africa

The delegation from the Federal Ministry of Industry, Trade and Investment in Nigeria visited KenTrade head office in Nairobi to benchmark Kenya’s success with the InfoTradeKenya Portal, as they plan to launch their own national trade information portal in the course of this month.

The Portal managed and supervised by KenTrade has become an international best practice regarding  Trade Facilitation. With more than 130,000 visitors in 2021, the portal helped many private operators  (especially MSME) to overcome the hurdles of trade administrative procedures.

“Kenya is a big brother in Trade Facilitation, and we would like to learn from their success, our aim is to  understand how to simplify the trade documentation process in a bid to enhance trade prospects in our  country,” said Ahmed Zungeru, Principal Trade Officer, Federal Ministry of Industry, Trade and  Investment in Nigeria.

Read: Who are Kenya’s alternative Presidents?

InfoTradeKenya portal offers trade information at the touch of a button, traders can perform all trade procedures with less time-consuming interactions. Traders are also empowered with prior information to comply with regulatory requirements for the exportation and importation of goods.

The Portal is visited by over 10,000 users monthly.

Last month a foreign delegation from Gambia Maritime Administration visited KenTrade head office in  Nairobi to benchmark on the Single Window System, the TradeNet System, that simplifies trade and approval processes between the international business community and the regulatory and permit issuing state agencies.

The benchmarking visits to KenTrade come at a time when KenTrade is celebrating 10 years of facilitating Kenya’s global trade. KenTrade is the founder member and current President of AAEC.

Read Next: How ex-spy crept into fruit farming