by Financial Day
in Companies, News, The Farm
3 min read 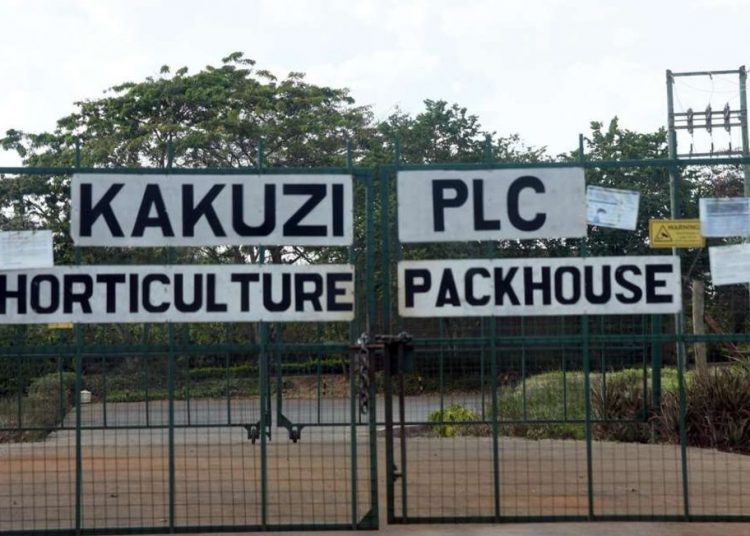 The naming of Ms Mavisi, a former presiding Judge of the Interim Independent Constitutional Dispute Resolution Court (ICDRC) as an Independent Head of the Kakuzi OGM, will provide impetus to the firm’s ongoing efforts to maintain world-class human rights management standards.

Kakuzi Plc kicked off its SIKIKA OGM  development process in October 2020 to provide a systematic and transparent process for receiving, investigating, and addressing company-related grievances from internal and external stakeholders.

Speaking, when he confirmed the appointment, Kakuzi Plc Managing Director Mr Chris Flowers said the firm had used its OGM experts to identify and validate the appointment.

“At Kakuzi, we are pleased to welcome aboard Ms Mavisi as the new Independent SIKIKA OGM Head. In this role, she will lead a dedicated team ensuring the effective rollout of the OGM process.” Flowers said.

He added: “For Kakuzi Plc, ‘doing the right thing’ means investigating every complaint related to its business, focusing on facts and providing an appropriate and accountable remedy for those cases where evidence indicates that harm was done. Doing the right thing also means sitting down with community members in a calm and orderly manner, listening to people’s concerns and together creating solutions.  By integrating this into our Community Social Investment Programs we have already been able to find some long-lasting solutions to a number of issues which some of our community members were facing, In particular, the community feedback from our Jiko Kisasa initiative has been very encouraging.”

Formally launched last September after a yearlong pilot project, the Kakuzi SIKIKA process takes a victim-centred approach to resolving grievances by utilising safeguards such as confidentiality counselling (‘psycho-social support’), among other measures.

The Update on Stakeholder Consultations for Kakuzi OGM (SIKIKA) report confirms that from February 2021, Sikika had been developed in consultation with more than 505 internal and 203 external stakeholders. In December 2021 and January 2022, a total of 3,944 community members were consulted about the OGM design during community engagement meetings (barazas).  These important engagements also included feedback from state and non-state-based organizations, National and International NGO’s as well as Human Rights Experts.

Mid last year, Kakuzi announced the appointment of an Independent Human Rights Advisory Committee (IHRAC) in a trendsetting move chaired by former Attorney General Prof Githu Muigai. With the appointment of the committee to its Board, Kakuzi Plc became the first corporate organisation in Sub Sahara Africa to constitute and establish such an independent advisory panel benchmarked against the United Nations Guiding Principles on Business and Human Rights.

In appointing the IHRAC, Kakuzi is now one of a growing list of globally focused institutions’ progressively adopting the UN Guiding Principles on Business and Human Rights, such as football governing body FIFA, Global Chemicals manufacturer BASF SE, Adidas, among others.