The headline has been termed as sensational for narrowing on one financial reporting issue.

This Business Daily headline has been termed as sensational. [Screenshot)

This was the headline for Business Daily published on 15th November 2021 and the intro read as follows;

Safaricom’s bank borrowings rose to a record Sh76.9 billion in the half-year ended September as the telco raised funds to pay for its Ethiopian licence besides investing in its operations.”

The headline elicited concerns over the financial health of Safaricom, Kenya’s leading company by market capitalization of Ksh1.4 trillion (approximately US$13.3 billion) as of October 2021, according to the Nairobi Securities Exchange data.

A banker noted that considering that Safaricom’s debt to equity ratio is 22.41% (meaning it is using 22.41% of its assets on debt repayments), the headline should have been different to appreciate the company’s healthy financial status.

Commenting on the financial results for the six months released on 30th September 2021, Rich.co.ke said that in the context of the reporting period – compared to the similar period last year; “These are resilient even muscular results”. 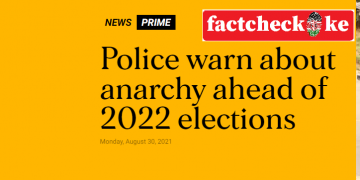 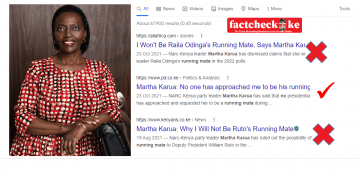